The concept of L’air Nouveau de Paris is a practice of consilience of space which suggests the air of Paris for the 21.5th Century. The airspace that breathes each other is the encounter between past and future, the conversation between society and individual, the moment between idea and creation and the medium that connects Paris and the world.

The concept of the project is inspired by oriental naturalism art which represents a Korean landscape painter Kyomjae Jeong Seon’s (1676–1759), Inwangjesaekdo (“Clearing After Rain in Mt. Inwangsan” or “After Rain at Mt. Inwang”) and Avant-Garde Art of France, which represents Marcel Duchamp’s Air de Paris. The combination of oriental naturalism and Avant-Garde Art creates an Oriental Arcadia.

The design motif of L’air Nouveau de Paris was dragged from the observation of micro world of nature of which little organisms in the gardens and woods in downtown of Paris, co-existing within the macro world of artificial structures — the buildings.

The architecture design was, basically, not followed by the typical form and context of a building. As linked directly and indirectly each other, spaces floating in the air has unique organic structure with the consideration of individuality and connectivity at the same time.

From this space, the individuals and organizations of various categories (as entrepreneurs, researchers, artists, etc.) would interact on each other in this physical network to make this space as a pod of new creativity.

This project was featured in The Globe and Mail, Le Huffington Post, Archdaily, Architect, d’a and etc. 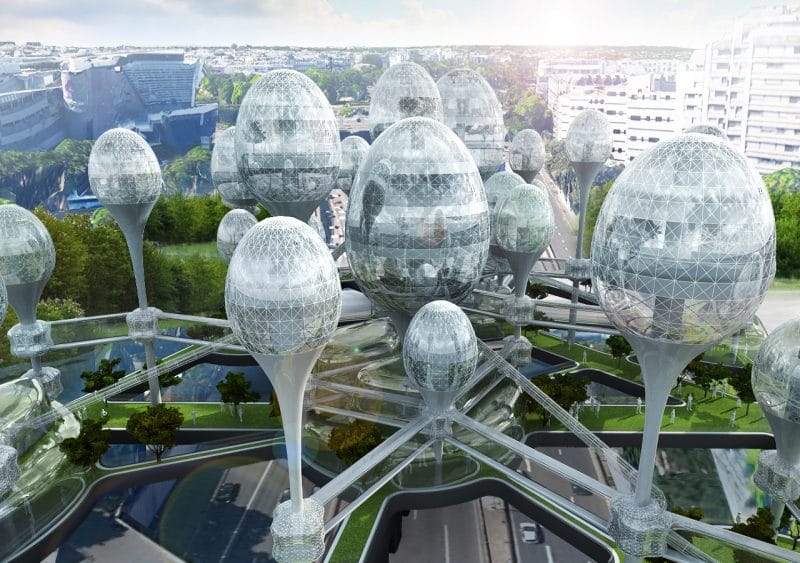 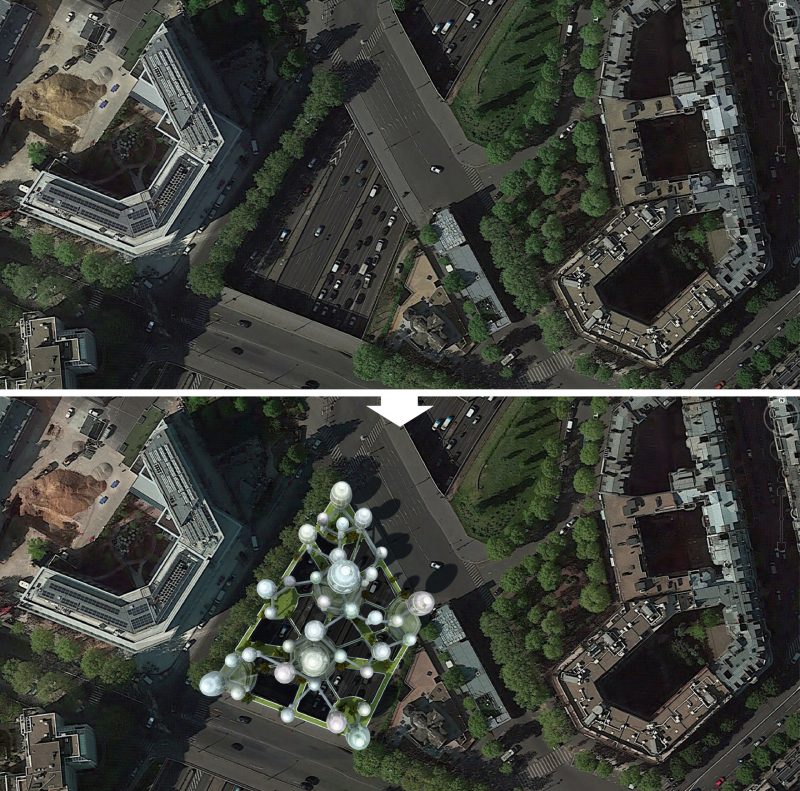 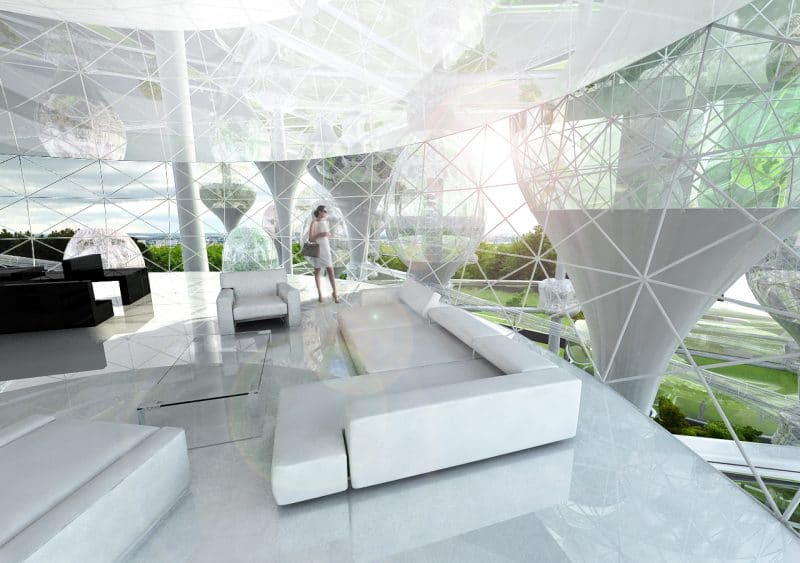 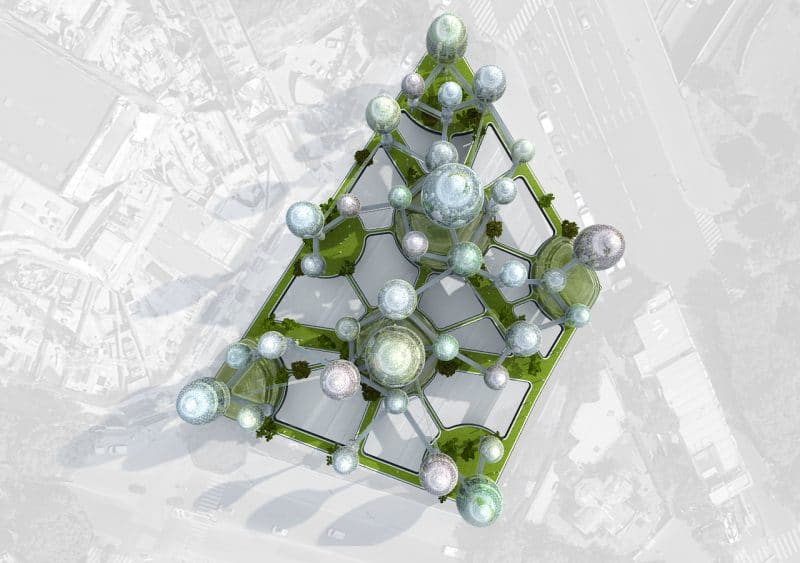 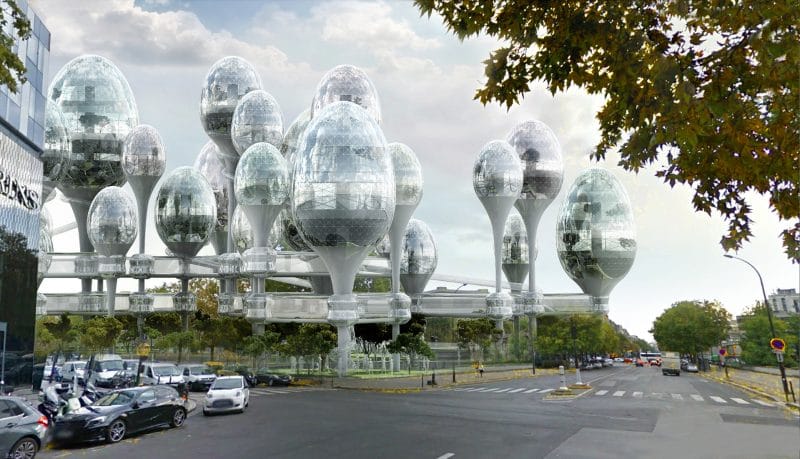 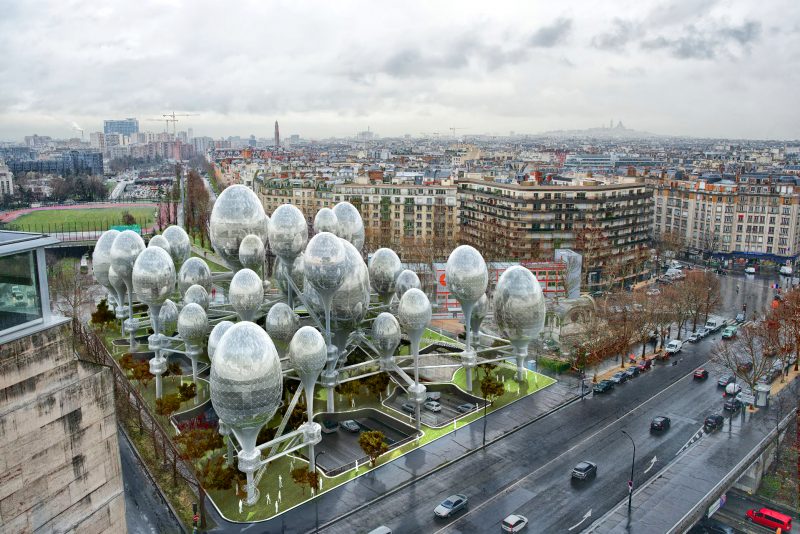 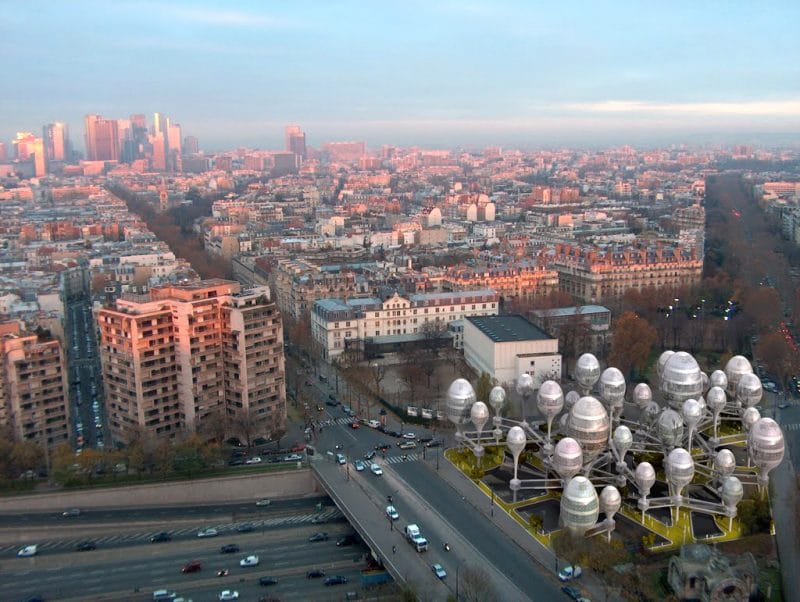 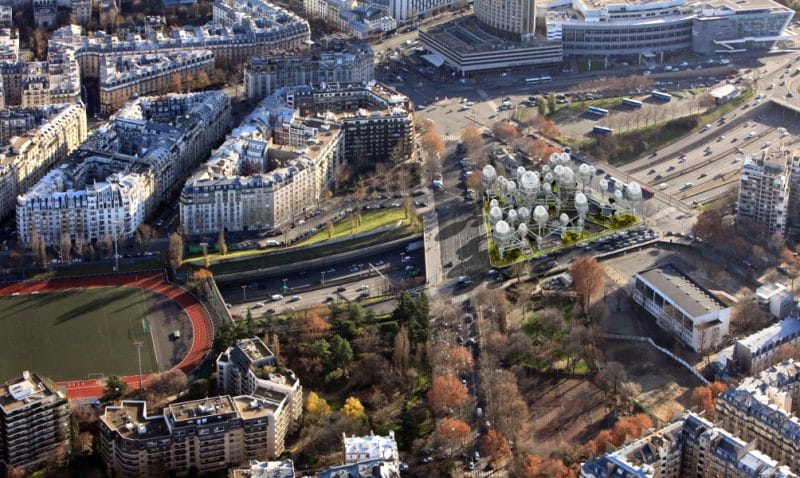 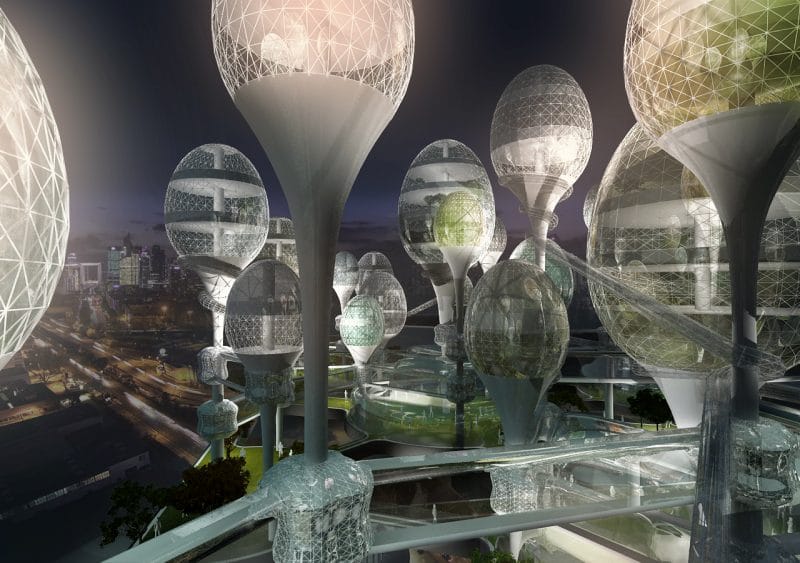